As The Force Awakens draws closer we get new information, new trailers, and…new toys! With the Guavian Enforcer, Captain Phasma, Constable Zuvio and Poe Dameron the second wave of 6-inch Black Series figures is hitting stores now. On this episode of Star Wars Action News Marjorie and Arnie review this new wave of figures–and try to guess how they fit into the new movie. And they also review the new KMart exclusive Kylo Ren – Starkiller Base Black Series figure.

Also on this week’s show, with tomorrow’s release of Battlefront the game, Brock joins us to look at the Star Wars: Battlefront novel Twilight Company. He also reviews the new audiobook adaptations for the young readers’ adaptations of A New Hope, The Empire Strikes Back, and Return of the Jedi.

With Berent’s report from Gentle Giant Days in Burbank, a rundown of new Star Wars merchandise hitting stores, and more, it’s all in this episode of Star Wars Action News!

Listen to this episode, then head to NowPlayingPodcast.com Nov 17 as they begin their review of the Star Wars prequels, leading up to their weekend of release review of The Force Awakens!

Once again Star Wars Action News is championing Toys For Tots with their Adopt a Pegwarmer Day! On November 21, 2015 go out and buy a new figure or toy and put it in the Toys For Tots bin, helping move stale Star Wars stock and helping give a child a happy holiday this year!

Plus the first 100 people to send a photo of you donating a Star Wars figure to Toys For Tots to @swactionnews on Twitter will get a Star Wars Action News 10th Anniversary patch!

So pick that pegwarmer today and make a child have a very happy holiday! 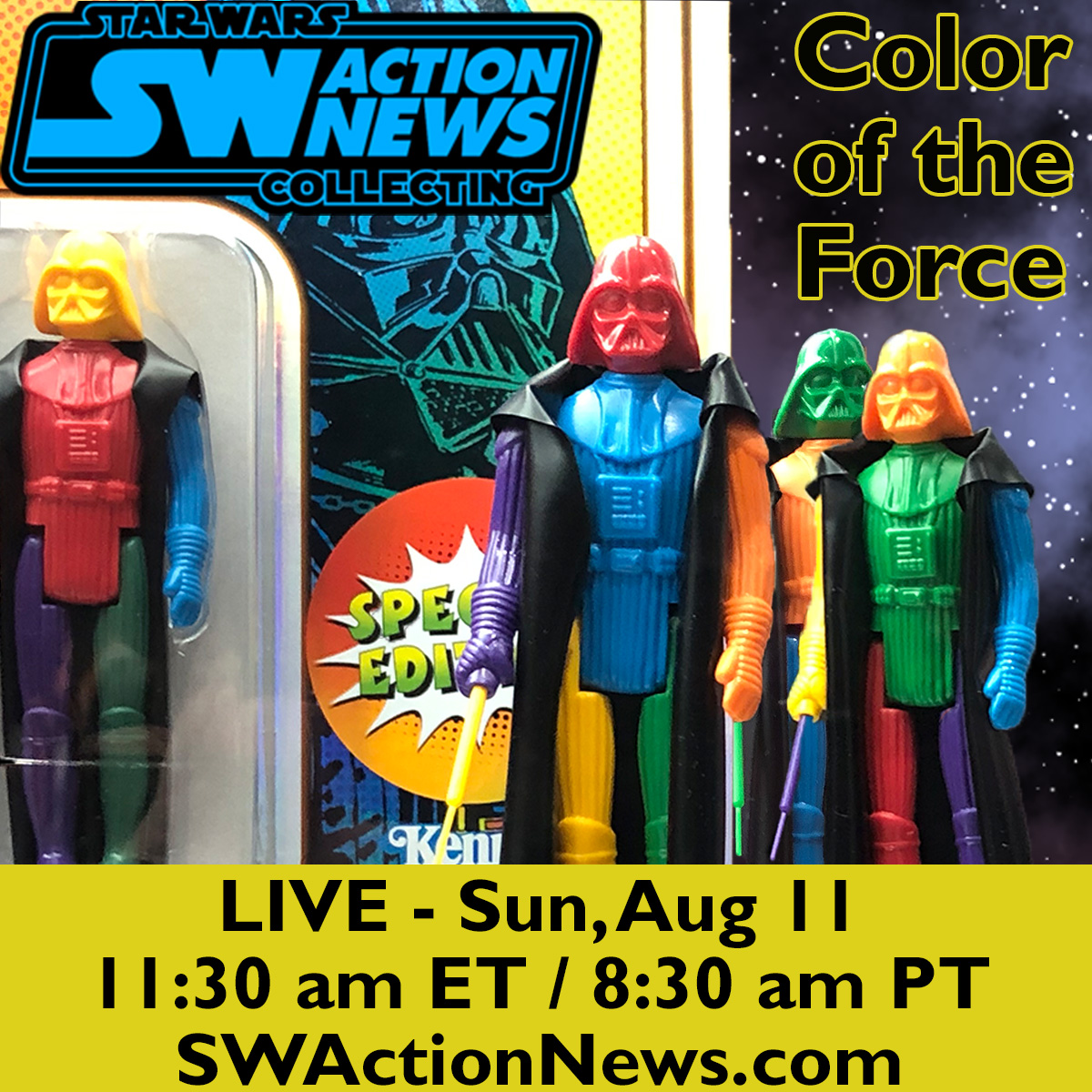