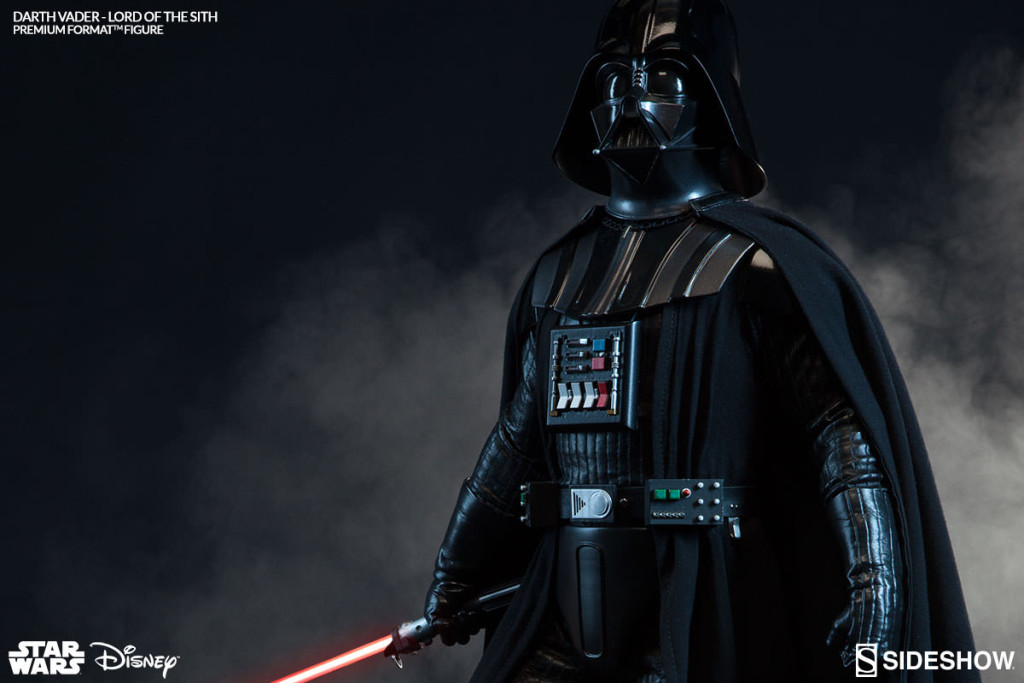 Join me.  It is the only way

Sideshow Collectibles has put up for pre-order their latest 1/4 scale Premium Format Figure in the Star Wars line -- Darth Vader.

Inspired by one of the most climactic duels in cinematic history, Darth Vader descends the steps of a Death Star themed base. With his light-up crimson lightsaber at the ready, the commanding villain is prepared to engage in mortal combat and claim victory for the Galactic Empire. Every detail of the Sith Lords costume, from his iconic helmet to his sweeping black cape, have been faithfully recreated as seen on screen in Star Wars Episode VI: Return of the Jedi.

The figure stands 26.5-inches high with the giant base, and is the first time in nearly 10 years that Sideshow has offered the most iconic of all Star Wars characters.  So place your order now at Sideshow Collectibles!