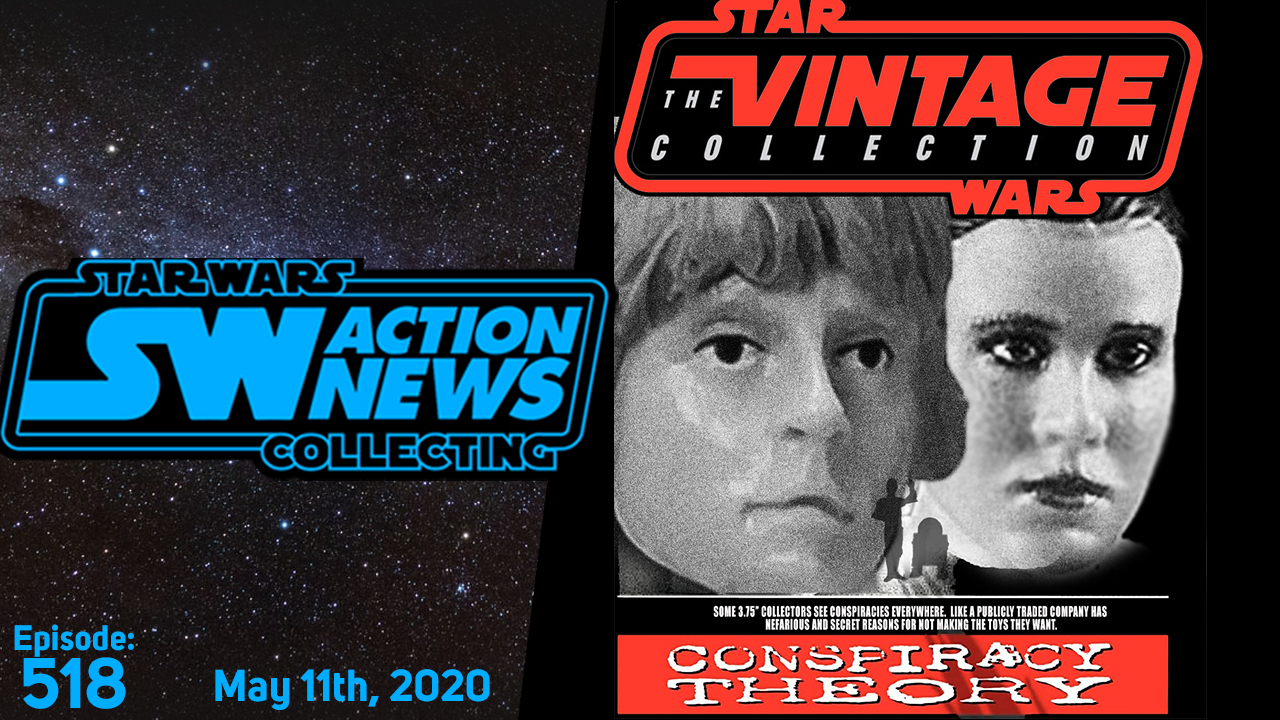 Hear our interview with Hasbro's Star Wars team, look back at the history of 3.75-inch figures, and join the hosts for discussions of all the rumors surrounding Hasbro's The Vintage Collection.

"Hasbro doesn't want to make 3.75-inch figures because there is no profit."

"Hasbro is lying about Vintage Series sales numbers. They're really higher than Black Series ones."

"If you don't pay full price for the rerelease of Slave I you are killing the line."

"The Vintage Collection line is dead. Hasbro just hasn't told us yet."

Those and many other rumors swirl around Hasbro's current 3.75-inch figure line "The Vintage Collection." Fans, frustrated by the lack of new figures released in that line, start "storytelling" to come up with reasons why the number of new Star Wars figures in the classic scale is so small while the 6-inch Black Series line gets so many.

On this new Star Wars Action News podcast we take those statements directly to the source! Listen as our host Arnie interviews Patrick Schneider (Hasbro's Senior Brand Manager for Star Wars) and Eric Franer (Product Designer on Hasbro's Star Wars team). In addition to asking about Black Series rereleases, Retro Collection beasts, and, the heart of the conversation, what is the status of The Vintage Collection.

Also on this show Arnie and Marjorie are again joined by Chris and Johnathan to discuss the history of the 3.75-inch highly articulated line, the benefits of 6-inch versus 3.75-inch figures, and the feasibility of the many conspiracy theories that surround the toys.

Listen (or watch) now to hear all this and more on this Star Wars Action News podcast!

Or listen to the audio-only podcast:

Or enter our RSS feed into your podcatcher of choice