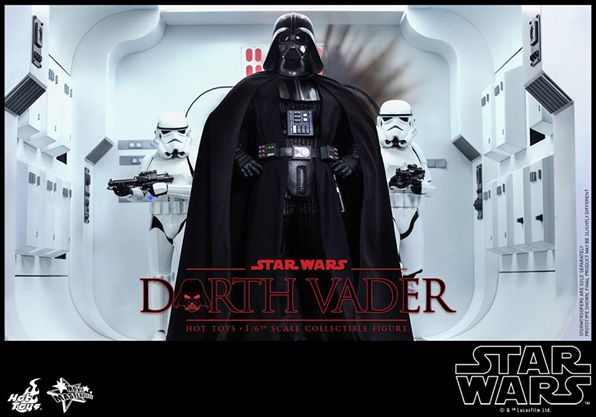 Darth Vader is one of the most iconic characters in the Star Wars saga and has frequently been regarded as one of the greatest villains in cinema history. Following the release of “The Circle is Now Complete’ teaser earlier last month, Star Wars fans have already been eagerly waiting for the official reveal of the Sith Lord!

Embrace the dark side and add the infamous Dark Lord of the Sith to your Star Wars collection!

The figure comes with 9 interchangeable hands, a LED lit lightsaber, a special figure stand, and an Interrogator droid!

Is this an improvement over Sideshow’s own 1/6 scale Darth Vader?  Let us know in the comments below!

Win THE FORCE AWAKENS on Digital from Star Wars Action News and Vudu!