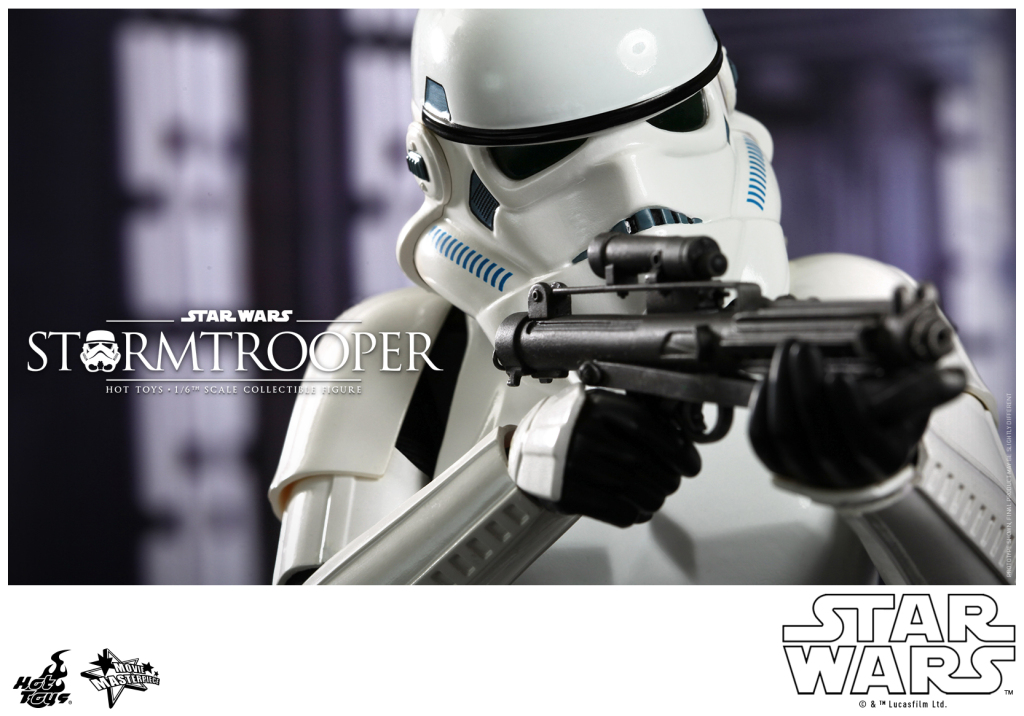 Hot Toys has released the next two figures in its Star Wars Movie Masterpiece Series:  2 separate Stormtroopers! First you can order the individual Stormtrooper which includes: Costume:   Weapons:   Accessory:   Or you can order a pair of Stormtroopers.  The second one is shorter, 28cm instead of 30cm, plus a heavy blaster, a mouse droid, and a weapons rack!  (The weapons rack is the most exclusive piece as internationally the 2-pack may or may not include it) You can order these now at SideshowCollectibles.com
Entertainment, Exclusive, Film, George Lucas, Hot Toys, Movie Masterpiece Series, Pre-Order, Preorder, Sideshow Collectibles, Star Wars, Stormtrooper
Prev Article Next Article