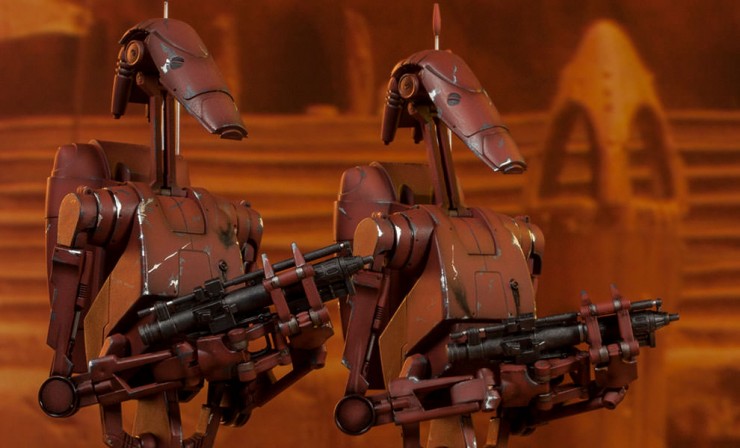 Battle Droids – the canon fodder of the Separatist Army!  On Naboo they killed countless Gungans, but on Geonosis they faced a more fierce enemy–Jedi.  Through sheer numbers these red-plated war machines fought a pitched battle in the arena before the war spread across the planet, then across the galaxy!

Now Sideshow Collectibles gives you a chance to add these military to your 1/6 scale figure collection–2 at a time!  Up for pre-order now is the Geonosis Infantry Battle Droid Figure Set.  For just $129.99 you get 2 12-inch Battle Droid figures, each with a unique battle-hardened paint deco.  Each has an E-5 Blaster Rifle and a communication backpack with extendable antenna.

After a steady increase in cost of 12-inch figures from Sideshow, this set comes out to $65 per figure–a welcome return to the pricing found early on in the line.  And at this price you can army build to your heart’s content!  So put in your preorder now at Sideshow Collectibles! 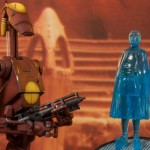 Also up for order now is the Geonosis Commander Battle Droid.  While this is one droid alone for the $129.99 price, this one comes with the yellow markings of a commander droid, and a special accessory–a light up “holographic” Count Dooku!  The droid also comes with an E-5 Blaster and backpack communications array.

the Captain Rex Sixth Scale figure–exclusive edition!  This Phase II version of the Clone Wars hero has battle-damaged armor, a removable helmet to show the clone’s face underneath, and an exceedingly detailed paint job on the helmet with Rex’s kill count drawn on.  He also comes with 13, yes thirteen, interchangable hands, two pairs of interchangable feet, and he’s armed to the hilt with a droid popper, 2 DC-17 hand blasters, a DC-15S Blaster Carbine.  Finally, if you hurry to get the exclusive edition you also get the special Captain Rex Display Base not available with the regular edition.But where there are battle droids there must be clones to fight, so finally Sideshow has also put up for order

All these are up for order now at Sideshow’s site! 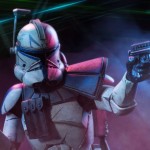